Shares
Electing women to the highest office of the United Nations has become a popular movement in the world. And despite the fact that, until recently, it was virtually impossible legally, now more and more powerful men say that women should rule the world. 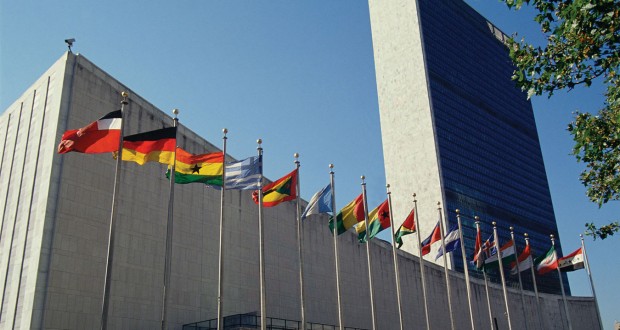 Throughout the 70-year history of the United Nations, all UN Secretary-Generals were exclusively male. De jure, it was due to the requirements of the UN Charter: it must be "a man." De facto, it was associated with male chauvinism, which had been a dominant ideology in the world for many centuries.

But now, when twenty heads of states are women, gender equality is simply not acceptable. And not only feminists, but the former leaders of the UN, in particular, Kofi Annan talk about it. As well as the world's iconic figures such as Hillary Clinton and Melinda Gates, a wife of the Microsoft founder.

Moreover, there are announced possible candidates such as Helen Clark, former Prime Minister of New Zealand Michelle Bachelet, Danish Prime Minister Helle Thorning-Minister-Schmid. A choice of female candidates from Eastern Europe is a more subtle issue. Previously, because of the Cold War, even men from this region could not qualify for the post of UN Secretary General. Now, the U.S. would have easily supported the candidate of President of Lithuania Dalia Grybauskaite. However, the Russian Federation is expected to oppose this decision. But Bulgarian EU Commissioner Kristalina Georgieva and Director-General of UNESCO Irina Bokova have a good chance to find support of Russia.

There is a possible option for designation more powerful ladies – the current head of the IMF, Christine Lagarde, and, of course, Angela Merkel. Moreover, it would be symbolic if the presidential campaign of Hillary Clinton, who can become the head of the White House in January 2017, was successful.