Merkel to visit the site of air crash in France

Shares
German Chancellor Angela Merkel has canceled all her meetings scheduled for March 24 because of the air crash of the German airline Germanwings in the French Alps. 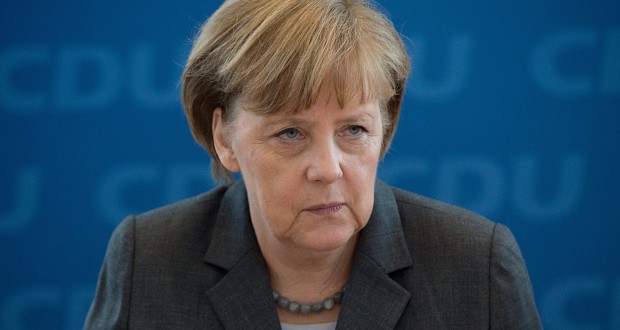 March 25 she will visit the place of the air crash in the south of France to "get an idea" of what happened, Joinfo.ua with reference to DW.

According to Merkel, the German government will do everything possible to assist the bereaved families. Chancellor noted that among the victims there are many German citizens. However, she noted that it was too early to talk about the causes of the tragedy.

A number of German statesmen responded to the disaster of the passenger aircraft with sadness and regret. German President Joachim Gauck, who is currently on a visit to Peru, learned about the tragic plane crash with sorrow. "My thoughts are with the family members and friends of the many victims. My heartfelt sympathy goes out to them. May they find strength and solace in this tough moment," he said.

"We are all dismayed at this terrible disaster which cost so many people their lives," German Vice-Chancellor and Economics Minister Sigmar Gabriel said. "Our thoughts are with the victims and their relatives."

It should be recalled that the Airbus A320 operated by the Germanwings airline, which is a subsidiary of the Lufthansa airline crashed today in southern France. The Airbus A320 airliner was flying from Barcelona to Dusseldorf. The tragedy occurred in the district of Barceloneta, located in the southern French Alps.

On board there were 144 passengers, two pilots, and four crew members. According to French President Francois Hollande, there is likely no survivors.