Poroshenko says he is ready to hold ‘language-federative’ referendum

Shares
President of Ukraine Petro Poroshenko announced his readiness to put the issue of a second state language and federalization of the country to a referendum. The Head of State stated it today during the meeting with the students of the Chernihiv State Pedagogical University named after T. Shevchenko. 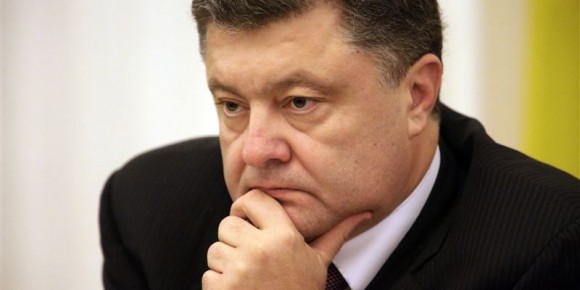 Poroshenko also said that Russia's plans with respect to Ukraine, its reliance on the fact that "the Ukrainians are a conflict nation that will destroy itself" failed, Joinfo.ua reports.

"I'm ready to put the issues of a second state language and the issue of federalization to a referendum, and I am sure that the Ukrainian people will say their resounding No!" said Poroshenko. It should be recalled that in September last year Poroshenko authorized the use of the Russian language in the state institutions of the Donbas in line with the state Ukrainian language.