Home / World / Czech President has a row with U.S. ambassador because of friendship with Putin

Czech President has a row with U.S. ambassador because of friendship with Putin

Shares
Czech President Milos Zeman said about the impossibility of communication with U.S. Ambassador to the Czech Republic Andrew Shapiro. 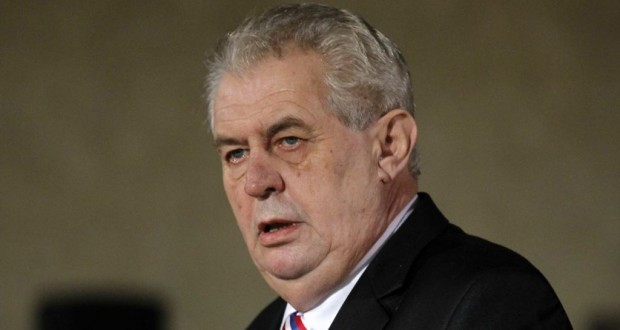 The reason for such a statement is American diplomat's public criticism of Zeman's decision to go to Moscow and take part in the May 9 Victory parade, Joinfo.ua informs with reference to Parlamentnilisty.

"He can not imagine the Czech ambassador in Washington advising American President where to go," Zeman said.

Czech president stressed that "the door of the Prague Castle (residence of the President – Ed.) are closed" for Ambassador Shapiro.

It should be recalled that in March Czech President Milos Zeman officially confirmed that on May 9 he would visit Moscow, where he would meet with Russian President Vladimir Putin. The government of the Czech Republic criticized Zeman"s plans to go to Moscow.

Invitations to the parade were sent to 68 heads of foreign states, as well as heads of international organizations, including the UN and the European Union. Presidents of India, South Africa, Vietnam, Mongolia, and the Democratic People's Republic have already confirmed their presence.