Shares
Swedish Prime Minister Stefan Lofven will not participate in the parade in honor of the 70th anniversary of the victory over the Nazis, which will be held May 9 in Moscow. 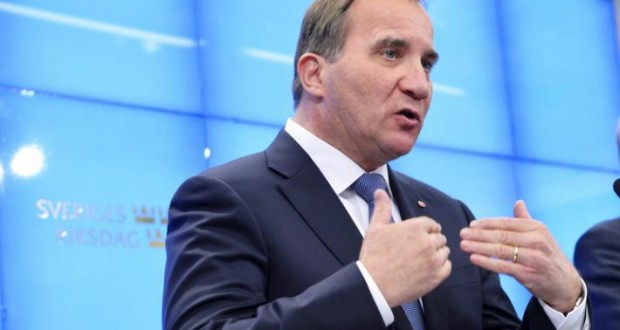 Swedish Prime Minister Stefan Lofven refused to visit Moscow to celebrate the 70th anniversary of victory over Nazi Germany because of Russian aggression in Ukraine. It was reported by Anne Ekberg, the press secretary of the Swedish president, Joinfo.ua reports.

It is noted that Sweden will be represented in Russia at the embassy level.

"We feel the greatest respect for the enormous sacrifices of the Russians in World War II. However, the actions of today's Russia with regard to Ukraine make it difficult for the government to attend the military parade in Moscow at the highest level," explained the decision spokeswoman.

It should be noted that the list of the world leaders refusing to participate in the May 9 parade in Russia is increasing. U.S. President Barack Obama, German Chancellor Angela Merkel, British Prime Minister David Cameron, President of the European Council Donald Tusk, the presidents of Poland, Slovakia, Slovenia, Georgia, Bulgaria and others have already announced their unwillingness to go to Moscow.

Meanwhile, President of the Czech Republic Milos Zeman officially confirmed that he accepted Putin's invitation to come to the capital of the former Soviet Empire for the parade.