Estonia to strengthen military presence of Germany in the country

Shares
Estonian authorities offer Germany to lead the Allied troops on the territory of their country. 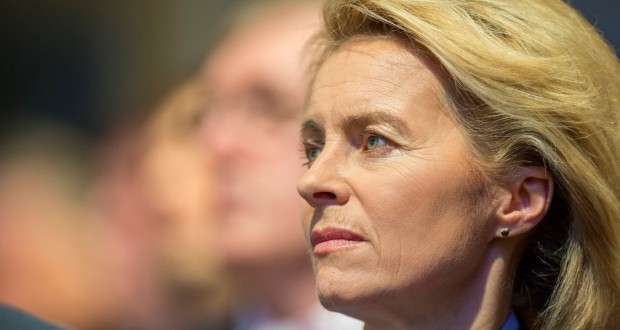 On Tuesday, 14 April, Taavi Rõivas, Prime Minister of Estonia, had a meeting with Ursula von der Leyen, Minister of Defence of Germany. The Estonian politician offered Germany to increase its military presence in the country and lead the troops of European allies. It was reported on the official website of the Government of Estonia, the DW news agency reports.

"Estonia envisions that the more permanent presence of European allies in Estonia and the Baltic region could be led by Germany," said Taavi Rõivas. At the same time, he thanked Germany for its participation in ensuring security of the airspace in the region.

At the same meeting, President of Estonia Toomas Hendrik Ilves said that Russia's armed forces could act swiftly and called for permanent presence of NATO troops on the territory of Estonia. At the same time, the German Defence Minister Ursula von der Leyen rejected the doubts regarding NATO's ability to respond quickly in the event of a possible attack on the allied states. "I can only recommend that NATO's reaction capacity should not be underestimated. It is high," she said.

Earlier, we reported that Estonia started joint military exercises with the United States.