Shares
By 2022, Poland will spend 130 billion zlotys on arms. It was announced by Minister of Foreign Affairs of Poland Grzegorz Shetina. 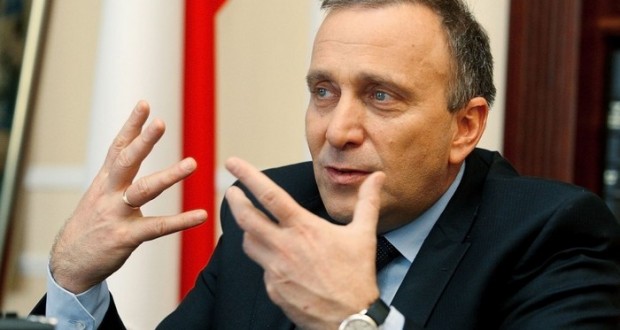 According to him, today, security is the key issue for the future of Poland and the West. Poland's most important objective is to strengthen eastern borders of NATO, Joinfo.ua reports referring to Polskie Radio.

"Such threats, as the war in the east of Ukraine or the atrocities of the so-called Islamic State, made it necessary to restore the capacity of the transatlantic community in all aspects. At present, this process is carried out in two ways: there are being implemented the decisions of the NATO summit held in Newport, at the same time, there are ongoing preparations for the 2016 NATO summit to be held in Warsaw," said Shetina.

He reported that in 2015, the military exercises in Poland would be participated by10,000 troops from NATO countries, including about 3 million Americans. "The modernization of the Polish Army will increase its ability to defend the state. By 2022, Poland will spend 130 billion zlotys on arms," said the minister.

The diplomat notes that Poland is currently belongs to a small list of countries, whose defense spendings catch up with the obligations to NATO, and in 2016 they will reach the required limit of 2% of GDP.

Earlier, Poland announced that it would buy Patriot anti-aircraft missiles from the U.S.