Shares
The earthquake in Nepal, which has already taken the lives of 4.5 thousand people, may become more terrible. It was reported by the country's leadership. 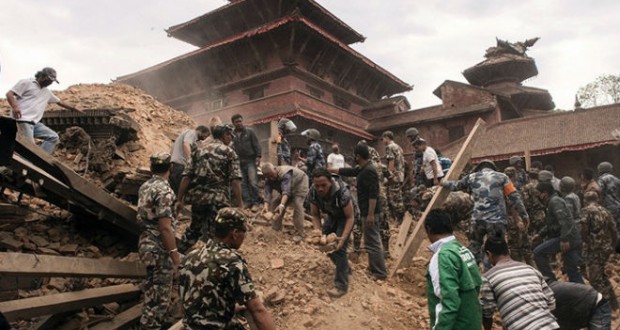 According to the Prime Minister, the earthquake in Nepal may be the biggest in the history of mankind, killing 10,000 people, Joinfo.ua reports.

It is two and a half times more than the latest official data. It is now known that the element has killed nearly 4,500 people. There are eight million people, who got injuries of varying severity due to the shocks.

In the country, there was declared a three-day mourning.

It should be recalled that the earthquake in Nepal has triggered another natural disaster.