Russia and China to ‘deepen friendship’ and hold exercises in Mediterranean

Shares
In the framework of deepening friendly cooperation, Russia and China will hold joint naval exercises in the Mediterranean Sea in May. 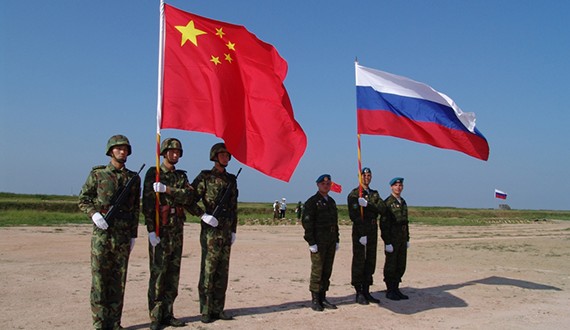 According to Joinfo.ua, the main purpose of the naval maneuvers of Russia and China, which will involve nine ships from both sides, is to deepen their friendly cooperation and strengthen the combat capability in repulsing to security threats at sea.

"According to plans by the Russian Federation and the People's Republic of China, the two countries' navies will hold joint military exercises codenamed Sea Cooperation-2015 in the Mediterranean Sea in mid-May," said Geng Yansheng the official representative of the Ministry of Defense of China.

Chinese Defense Ministry spokesman said that "The exercises mainly include defense and escort-related drilling at sea, as well as ensuring the safety of maritime transport."

He also stressed "that these exercises are not aimed at any third party and have nothing to do with the regional situation."