Shares
Prime Minister Arseniy Yatsenyuk urged the law enforcement agencies to be vigilant in protecting the public order on May 8-9. He stated this at a meeting in the Ministry of Internal Affairs of Ukraine. 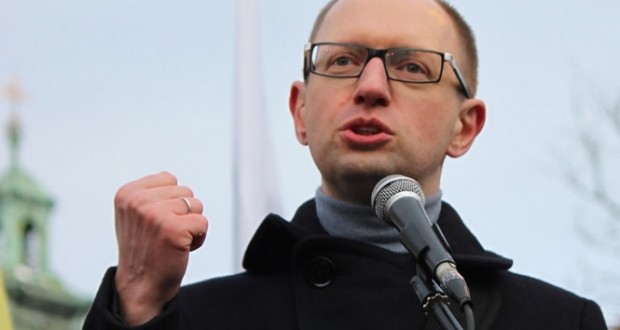 Yatsenyuk called on the militia, along with the National Guard to work effectively on May 8 and 9, like they did during the holidays of May 1 and 2, Joinfo.ua reports with reference to the press service of the Cabinet.

"Now we are in such circumstances, that there should be a daily operation mode of the entire law enforcement system," said the Prime Minister.

According to him, there began the trainings in the new patrol service and Ukraine needs to appeal to the American partners for help in training the Corps of rapid operation forces.

In addition, the prime minister drew attention to the need to strengthen the material-technical component (body armors, new means of communication, automatic weapons). "That is, the rapid reaction militia units must be equipped in the most powerful way and trained," he stressed.

Earlier, Taras Berezovets, a political strategist, director of personal and strategic consulting Berta Communications said the attack by insurgents and Russian troops in the Donbas until May 9 was unlikely to take place. If only because May 9 is "the main sacred day of Putin"s regime," and therefore it does not make sense for the Russians to start war on the eve of the Victory Day.