Shares
According to the media reports, at the station near the international airport, one of the trains was at the platform while another one crashed into its tail end. 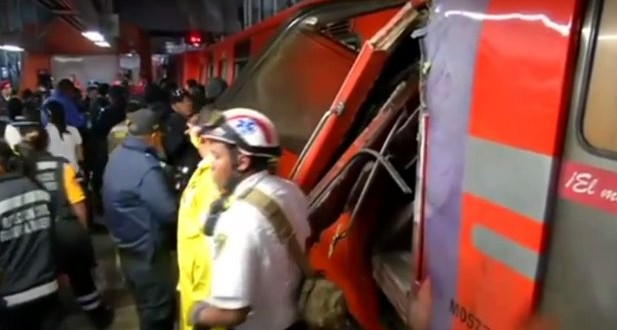 Two trains collided in the subway of the Mexico City, Joinfo.ua reports.

The incident happened at the station near the international airport. It is reported that one of the train was at the platform while another one crashed into its tail end.

The cause of the accident is still unknown, experts find out the details of the incident. The station had to suspend its work, injured people received medical treatment.

"We were on the platform, and did not realize that a loud roar, heard before, caused the collision of two trains. The blow was strong enough, the walls were tremblimg. It is terrible to imagine what people inside the train were feeling," say eyewitnesses of the accident.