Shares
At the invitation of Russian President Vladimir Putin to attend the Victory Parade, Venezuelan President Nicolas Maduro will fly to Moscow today. 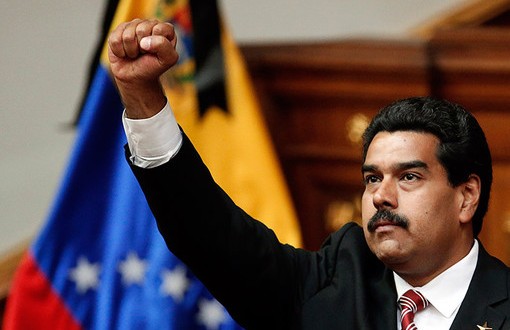 President of Venezuela Nicolas Maduro has officially accepted the invitation of the Russian leader Vladimir Putin to attend the Victory Parade in honor of the 70th anniversary of the end of World War II, which will be held May 9 in Moscow, on the Red Square, Joinfo.ua reports with reference to El Singlo.

He points out that he will fly to the Russian capital today at the invitation of Russian President Vladimir Putin.

Cuban leader Raul Castro and President of Vietnam arrived in Moscow on Tuesday.

Meanwhile, Kim Jong-un will not come to attend the parade. North Korea will be represented by the Chairman of the Presidium of the Supreme People's Assembly Kim Yong-nam.

Among European presidents, who will go to Moscow, is Czech leader Milos Zeman. He officially confirmed that he accepted the invitation to come to the capital of the former Soviet empire to the parade. Later, however, he informed that he would not be present at the parade.

Unsurprisingly, there will be no official representatives from Ukraine in Moscow on May 9.

It should be noted that the list of the world leaders refusing to participate in the May 9 parade in Russia is expanding. Thus, these include U.S. President Barack Obama, German Chancellor Angela Merkel, British Prime Minister David Cameron, President of the European Council Donald Tusk, the presidents of Poland, Slovakia, Slovenia, Georgia, Moldova, Finland, Bulgaria,  Montenegro  and others.