Czech writers to ‘present’ Putin ‘exceptional gift’ for May 9

Shares
Representatives of the Czech intellectuals sent a letter to President Vladimir Putin, stating that on the occasion of the Victory Day on May 9 they will present the head of the Kremlin an "exceptional gift" - Czech President Milos Zeman. 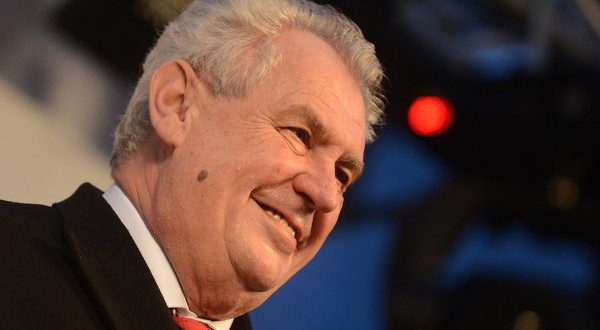 A group of Czech cultural figures wrote a letter to Vladimir Putin and promised to give him the president of the Czech Republic Milos Zeman in honor of the 70th anniversary of the Victory. With the help of this satirical action, the Czechs expressed dissatisfaction with the policy of Zeman, known for his pro-Russian position in the Ukrainian conflict, Joinfo.ua reports with reference to Die Welt.

Zeman's desire to visit the parade in Moscow has caused particular outrage in the Czech Republic. Therefore, the Czech writers decided to use their most effective weapon – humor. The Czech writer Jaroslav Rudis and Igor Malijevsky are going to send their letter to the Russian Embassy in the Czech Republic and to the Kremlin. "As a small nation we have nothing more valuable than our president," the writers stressed.

The publication notes that Zeman will arrive in Russia on Victory Day, and Putin should "keep this exceptional gift from the hands of the Czech nation." Many writers, artists, actors signed under this initiative with "pan-Slavic fraternal greetings".

According to the author at Die Welt, the action of Rudis and Malijevsky fits into "the good Czech tradition". Anti-Soviet dissidents of the Prague Spring were not only "courageous human rights activists, but also the authors of films where negative characters, sometimes even Lenin, wore masks," Schümer emphasizes.

Also let's not forget the "political clownery" of Jaroslav Hasek, the author of The Good Soldier Svejk. The author recalls that before World War, Hasek caught the attention of the Austrian secret service, after creating the Party of Moderate Progress Within the bounds of the Law in a pub in Prague. At that time, such actions caused the same suspicion as today "the gift of a drunken President Zeman" does. However, it is possible that the Russian president will like a "gift from Prague," Schümer summarizes.

Earlier, the pro-Putin Czech President Milos Zeman said that the European Union would be part of the Russian Federation.