‘Friends no more’: Greek Prime Minister not coming to Victory Parade in Moscow

Shares
Greek Prime Minister Alexis Tsipras did not accept the invitation of the Kremlin to attend the Victory Parade in Moscow. 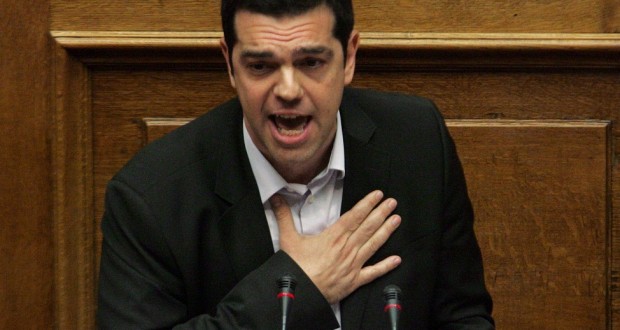 Greek Prime Minister Alexis Tsipras, who had previously expressed support for Russia and Greece's denial to approve anti-Russian sanctions, will not attend the Victory Day parade in Moscow on May 9 and will not be present at the Red Square during the celebrations, Joinfo.ua reports referring to the Russian media.

Earlier, the Kremlin suggested that the Greek leader would accept the invitation of Russia he intended to cooperate with. However, after all, his visit was not confirmed.

Dmitry Peskov, a spokesman for the Russian president, said today that Tsipras would not be at the parade. "I do not know whether he intended to come or not. I don't hold such information," said Peskov.

Earlier it was reported that the new Greek government led by Alexis Tsipras did not support the intentions of some leaders of the European Union to discuss and adopt new economic measures against the Russian Federation. Such statements were heard against the background of Russia's intentions to provide financial assistance to Greece, which has been living in crisis for several years already.

Recently, the media reported that Greece wants to get a loan in the amount of £ 7,2 billion in May in exchange for government concessions in negotiations with creditors.