Shares
Russian President Vladimir Putin intends to restore the long-standing ties with Cuba on the background of warming of relations between the latter and the United States. 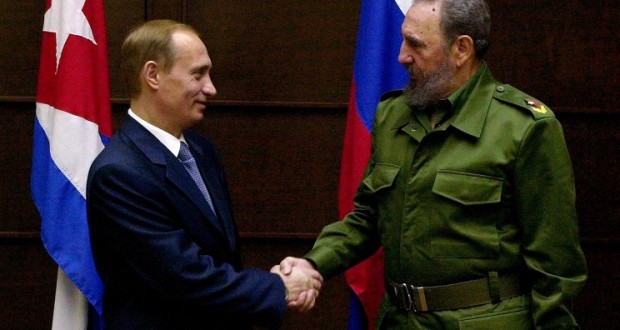 Russian President Vladimir Putin plans to resume the previous level of military-technical cooperation with Cuba and to restore the electronic intelligence center, located on the outskirts of Havana. It was announced by Dmitry Gorovtsov, the Deputy Chairman of the State Duma Committee on Security, Joinfo.ua reports.

"In the conditions prevailing today in the geopolitical arena as a result of U.S. pressure and sanctions against Russia, cooperation with Cuba will develop towards restoration of the relations inherent in our countries until mid-1980, before Gorbachev coming to power and curtailing cooperation," said Gorovtsov.

In addition, the Deputy Chairman of the State Duma Committee on Security believes that visits by Russian President Vladimir Putin and State Duma Speaker Sergei Naryshkin to Havana had made certain contribution to the development of military-political cooperation between Russia and Cuba.

Late last year, the presidents of the United States and Cuba announced the resumption of diplomatic relations after a 50-year break.

Earlier, Russian President Vladimir Putin said that Moscow would forgive the country 90% of its public debt, apparently, to preserve its influence in Cuba. During the negotiations there were also signed bilateral agreements.

Currently, however, the relationships between the U.S. and Cuba begin to improve. According to political analysts, if these relationships become too close, the Russian Federation would be alarmed by the erosion of long-standing ties.

At the same time, Cuban leader Raul Castro is among those, who agreed to attend the Victory Day parade in Moscow on May 9.