Shares
Russian President Vladimir Putin says that he respects the decision of the majority of world leaders, who did not come to Moscow for celebrations in honor of the 70th anniversary of the victory, but believes that the momentary political situation is less important than issues of global security. 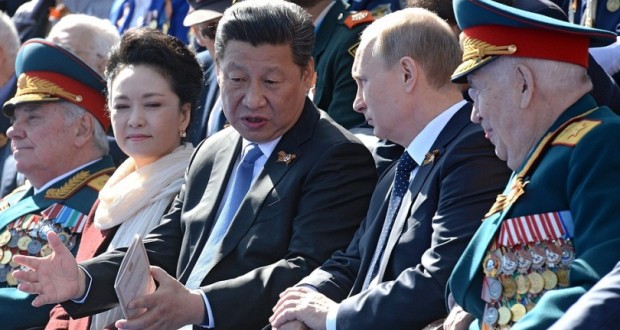 Answering the question of how he reacted to the decision of the majority of leaders from Europe and the United States not to come to Moscow, Putin said: "It's their choice and their decision." "I think that the issues of the current political situation are less important than the fundamental things related to the maintenance of peace and stability".

According to him, earlier, the state reception was attended by veterans from the United States, Great Britain, Poland and other countries. "They are the main participants of the event, I am pleased that they have been with us," he said.

Putin also expressed his gratitude to Angela Merkel for her visit to Moscow. "Our country was at war with Nazi Germany, which itself was the first victim of the Nazi regime," he reminded. "We treat today's Germany as a partner, a friendly country and it is natural that the Chancellor came," said Putin.

It should be recalled that only about 20 heads of state arrived in Moscow for the celebration. Many world leaders decided not to participate in the parade because of the role of Russia in the Ukrainian crisis.