Home / World / President Putin and U.S. Secretary of State Kerry to talk about many things, but not about sanctions

President Putin and U.S. Secretary of State Kerry to talk about many things, but not about sanctions 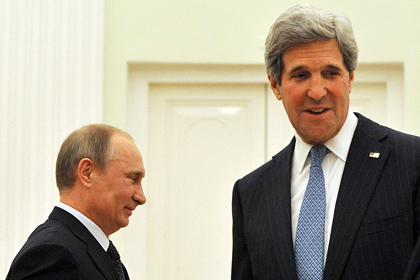 The agenda of this meeting, to be held in Sochi, is rather broad, however the politicians will not focus on the sanctions policy, says the spokesman for the Russian leader, Dmitry Peskov.

"The agenda is quiet extensive. Of course," Peskov told reporters.

Answering the question of whether the issue of sanctions will be discussed, Peskov said it was "not our topic."

Earlier it was reported that the U.S. Department of State announced the intention of John Kerry to meet with Russian President Vladimir Putin in Sochi. At a meeting with the Russian leader Kerry is going to discuss "the full range of bilateral and regional issues, including Iran, Syria and Ukraine."