Shares
The conflict in Macedonia could spread to neighboring countries. Such an opinion was expressed by Serbian Prime Minister Aleksandar Vucic. 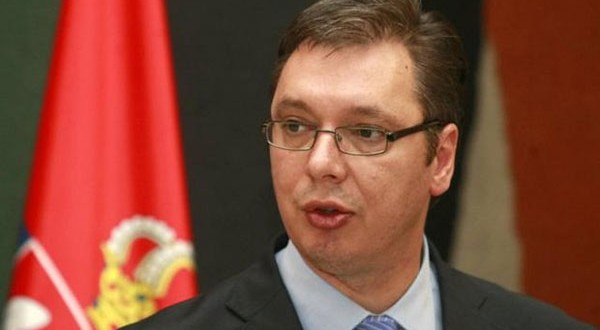 According to Vucic, if riots and disturbances continue in Macedonia, they can spread to the territory of other countries of the Western Balkans, Joinfo.ua reports referring to Euronews.

"We'll invest everything needed to help them out, to overcome these bumps on the road, create a stable environment in their country and whatever they think might be helpful, we'll deliver on it. Because that is the most important issue for all of us. Because if we have riots and unrest in Macedonia, it might easily spill over to other areas of the western Balkans," said Vucic.

Meanwhile, the Macedonian capital of Skopje commemorated eight police officers killed during a special operation in the town of Kumanovo. People laid flowers and lit candles near the Government House. The dramatic events of the weekend in northern Macedonia have deepened political tensions in the country.

It should be recalled that according to the authorities, during a special operation in Kumanovo there were killed 8 police officers and at least 14 Albanian militants. On Monday, residents of Kumanovo were allowed to return to the city where it was possible to restore calm. The Macedonian leaders say that the police fought against the Albanian insurgents. The opposition says that the government is trying to deepen inter-ethnic confrontation in order to distract the population from the political crisis in the country.