Shares
Fire at footwear factory in the Philippines has already killed about 72 people. 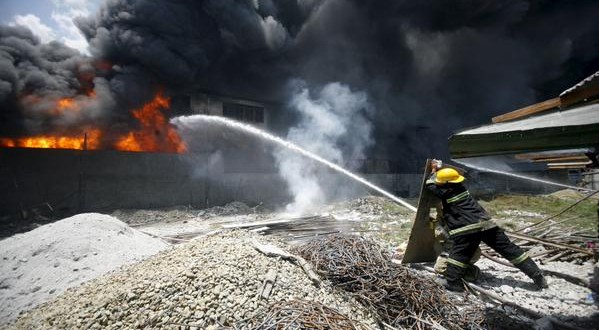 The number of victims due to the fire at the footwear factory in the Philippines has reached 72 people. Most employees in Manila, considered being missing, burned alive, reports Joinfo.ua referring to Euronews.

More than 30 people with injuries and burns were delivered to the hospital. More than two hundred workers were inside the factory at the time.

According to investigators, the fire started due to welding works, which took place at the main entrance to the building. A spark set alight some flammable chemical substances that provoked explosion and fire.

According to one of the employees of the factory, when the explosion occurred and the fire broke out, the factory workers rushed to the emergency exits, but the workers from the second floor did not immediately know about the incident and were unable to come down. According to her, on the second floor of the building, there were about 70 people, who found themselves in a fiery trap.

It took the firefighters more than seven hours to extinguish the blaze. Relatives of the workers say that at the factory there were no instructions on evacuation in case of fire. In the ashes rescuers found watches, rings, mobile phones and other things that should help to identify the victims.