Shares
Heavy fire in Baku took place in the 16-storey residential building on Azadlig Avenue. The number of victims has reached 15 people. 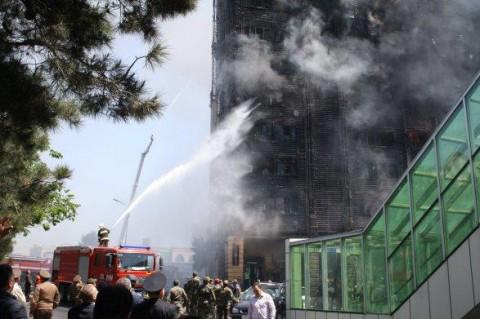 The largest fire in Baku in the 16-storey apartment building in the Binagadi district took the lives of 15 people, according to representatives of the press service of the Ministry of Health of the Republic, Joinfo.ua reports.

The Ministry reported that as a result of the accident, 64 injured people were taken to medical facilities.

Earlier it was reported that this morning on Azadlig Avenue, a residential high-rise building broke in flames.