Germany to pay 2,500 euro compensation to all living ‘Soviet prisoners of war’

Shares
The Budget Committee of the Bundestag decided to allocate the compensation in the amount of 10 million euros for the surviving Soviet prisoners of war during World War II. 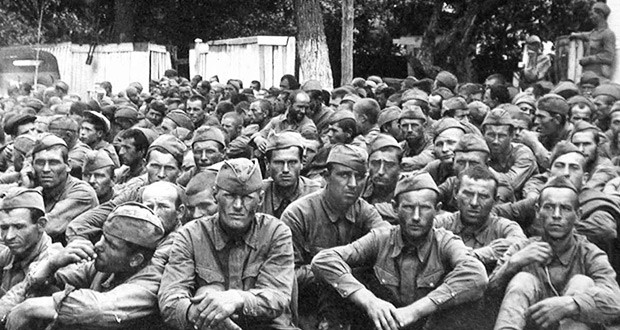 According to the foreign press, yet it is unknown how many prisoners of war are alive for today, but the Bundestag assumes the number of 4,000 people, each of whom shall receive 2.5 thousand euro, Joinfo.ua informs referring to Sueddeutsche Zeitung.

During World War II, more than 5 million soldiers of the Red Army were in German captivity. More than half of them died. The fractions of the Bundestag agreed on the allocation of compensation to the survived Soviet prisoners of war.

They agreed on the so-called financial confession of $ 10 million. It is unknown how many prisoners are still alive. The German side assumes it is about 4,000 people. And each of them will receive 2,500 euros.

However, so far, it is known nothing about the way the benefits will be paid and how the documents and requests for payments will be submitted. After all, survived prisoners can live today in all former Soviet republics, and now – independent countries, not just in Russia.