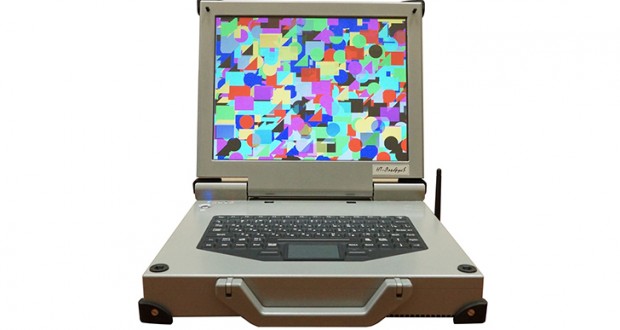 Not so long ago, Joinfo.ua reported that the Russian company MCST announced the beginning of sales of its first personal computers ARM-401 Elbrus and Elbrus-4.4 servers on the basis of the Russian processor Elbrus-4C. Now the Russians made a real technological breakthrough and launched the sales of a laptop powered by the Elbrus-4C chip.

Technical specifications of the gadget are the following: four processing cores clocked at 800 MHz, work with three DDR3-1600 memory channels. The chip is made on the basis of 65nm technology; the average power dissipation is 45 watts. The display the Russian laptop is 1024 × 768 pixels, but its size is not specified.

The battery life of the Russian whizz on one charge of the battery is only one hour.

The underlying operating system is built on the core of Linux, but the laptop is able to run Windows XP.

According to the developers, the features of the Elbrus architecture allow to “effectively use the processors in the system of digital intellectual signal processing, in mathematical modeling, scientific computations and other areas with high demands on computing power.” The wonder-laptop is positioned as “NT-MTSST4R – high-rugged laptop, made in shock-resistant moisture-proof protected housing.”