Duda to meet Poroshenko after inauguration

Shares
The inauguration of the newly elected President of Poland Andrzej Duda is scheduled for August 6. After taking his office, Duda may hold a meeting with the president of Ukraine Petro Poroshenko. 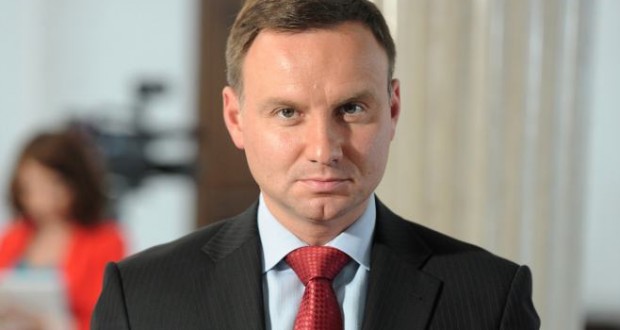 The first official meeting of the newly elected President of Poland Andrzej Duda with President of Ukraine will be held after August 6, and it will happen after the inauguration, Joinfo.ua reports referring to the statement by Andrii Deshchytsia, the Ambassador of Ukraine to Poland.

He shared it with journalists during the 8th Kyiv Security Forum.

"We expect that President Andrzej Duda will continue this policy, conducted by the previous president, basing on what presidential candidate Andrzej Duda publicly said, including his support for membership in the European Union," said Deshchytsia.

According to the ambassador, the possibilities of when such a meeting may take are still being discussed.

On May 27, President of Ukraine Petro Poroshenko canceled his previously scheduled visit to Poland, where he was expected to hold a meeting with Andrzej Duda, the winner of the presidential elections in Poland, and acting Polish President Bronislaw Komorowski.