Mikheil Saakashvili tells about his expatriation and plans regarding Odessa region

Shares
Former Georgian President Mikheil Saakashvili does not want to foredoom himself to a prison term at home and intends to turn Odessa into the capital of the Black Sea region. 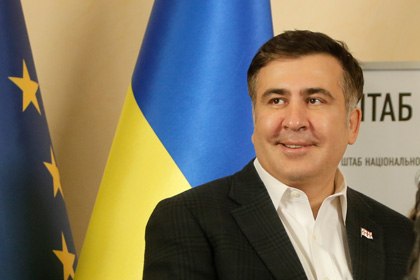 Former Georgian President Mikhail Saakashvili, who recently was appointed as the Chairman of the Odessa Region Administration, said that he had abandoned Georgian citizenship because he would have been condemned to a prison term at home, Joinfo.ua reports with reference to the Russian service of BBC.

The ex-president also said that he had made such a move, since Odessa was closely linked to the situation in Georgia.

Saakashvili promised that first and foremost, on his new post he would fight against corruption and crime. He intends to establish tough control over the flow of budgetary funds, restore order in the Odessa customs house and improve the condition of roads in the area, which, according to him, are terrible at the moment.

Saakashvili said that Odessa must become the capital of the Black Sea region.

"We all will build here new Ukraine," Saakashvili said.

It should be recalled that on May 30, President of Ukraine Petro Poroshenko appointed Mikhail Saakashvili as the governor of the Odessa region. By his decree he granted the ex-president of Georgia Ukrainian citizenship.