Shares
The British Prime Minister David Cameron said that the ministers, who support withdrawal of the United Kingdom from the EU, would have to resign. 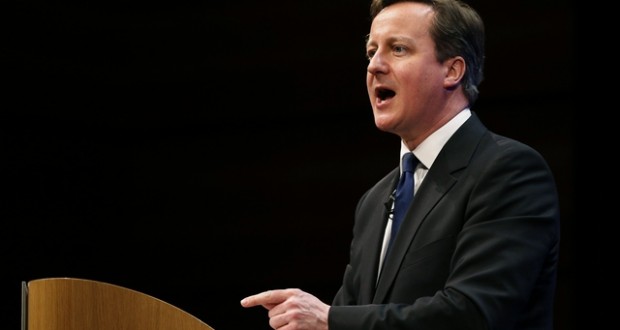 The British Prime Minister David Cameron said that those government officials who speak in favor of Britain's withdrawal from the EU would have to leave the Cabinet of Ministers, Joinfo.ua reports referring to The Telegraph.

"I've been very clear. If you want to be part of the Government, you have to take the view that we are engaged in an exercise of renegotiation, to have a referendum, and that will lead to a successful outcome," said the Prime Minister in his speech at the G7 conference in Germany.

According to the publication, David Cameron intends to resign at least five ministers because of their support of the idea of the UK's withdrawal from the EU. In particular, British eurosceptics involve Iain Duncan Smith, the head of the Ministry of Labour, the Foreign Minister Philip Hammond, and Michael Gove, the head of the Ministry of Justice.

Earlier, after the general parliamentary elections in the country, David Cameron promised the citizens of the United Kingdom to reconsider the country's membership in the EU if Brussels refused to reform immigration legislation, and provide an opportunity for the UK to introduce a number of measures to limit the flow of migrants.