Coronavirus gains momentum in Korea: 6 dead and 23 cases of infection a day

Shares
The Ministry of Health of South Korea has reported 23 new cases of infection with the Middle East Respiratory Syndrome Coronavirus (MERS) a day. 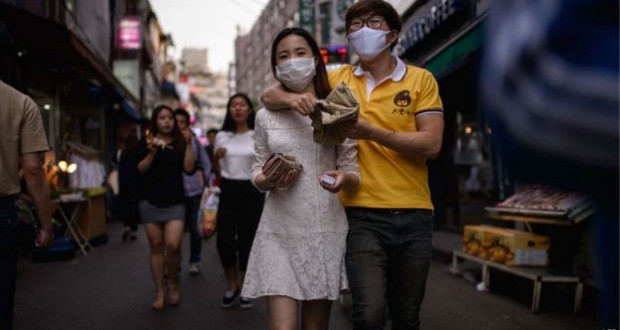 The number of infected people in the country has already reached 87. It is the most large-scale outbreak of the disease outside the Middle East, Joinfo.ua reports referring to BBC.

Meanwhile, the number of deaths due to MERS has reached six people. About 2.3 thousand people, who could communicate with the patients, are placed under quarantine. The authorities closed more than 1,900 schools.

According to the authorities, 17 new cases out of 23 are reported in the Samsung Medical Center in Seoul. According to the Health Ministry, it is the hospital where the virus was transferred from one patient to another, as well as to medical staff and their families.

The authorities also released a list of 24 hospitals, mainly in Seoul and the neighboring province of Kyong, which recorded the outbreak of the disease.

It should be recalled that the Middle East Respiratory Syndrome Coronavirus causes fever, breathing troubles, can cause pneumonia and kidney failure. MERS cases were recorded in more than 20 countries, most of them – in Saudi Arabia and other Middle Eastern countries.

The first person in South Korea infected with MERS was the man, who returned from his business trip to Saudi Arabia. In this very country, where the virus was first discovered three years ago.

In the world there has been registered a total of 1167 cases of MERS, 479 of them are fatal. According to WHO, the mortality rate due to the virus is about 27%.