Shares
Today, on June 15, in the Paris suburb of Le Bourget starts 51th International Aviation and Space Salon. Ukraine has brought two premieres - new programs in the segment of the An-178 and An-132 transport aircraft. 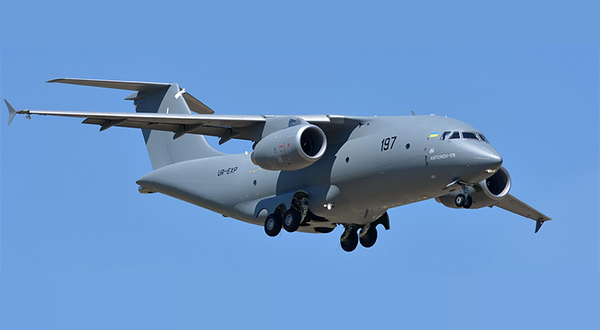 The organizers of the event expect that during the week the air show in Le Bourget will be visited by more than 300 thousand guest, half of whom are industry professionals. The French President Francois Hollande will open the air show, Joinfo.ua reports.

The new An-178 multi-purpose transport aircraft took to the skies for the first time on May 7, 2015 and has already successfully completed a series of test flights lasting about 40 hours. “The second premiere is An-132, the project of a light multipurpose transport aircraft of a new generation, designed for transportation of various loads weighing more than 9 tons at the near and medium routes,” the State Enterprise ‘Antonov’ reports.

On his Twitter page, the President of Ukraine Petro Poroshenko boasted that at the air show Ukraine would present its An-178. “We have something to offer the world! Have a great flight,” Poroshenko wrote. In addition, in Le Bourget will be presented unique achievements of the state-owned enterprise (SOE) ‘Antonov’, Zaporizhia Joint Stock Company ‘Motor Sich’, the state-owned enterprise Ivchenko-Progress, the production association Southern Machine-Building Plant named after Makarov, the Yuzhnoe State Design Office named after Yangel, and the public corporation FED. The State Space Agency of Ukraine, in turn, will present its own programs.

France holds the current salon under the sign of protection of environment and space. During the air show will be held a meeting of the French state institution CORAC, which deals with the innovations in reducing aviation emissions. In addition, the guests of the salon will be presented an upgraded version of the hybrid double Airbus E-Fan. According to Jean Botti, the technical director of the group, the new electric aircraft will mark the beginning of a new era of aviation. The whole week the aircraft will participate in the demonstration flights.

At Le Bourget, a total of 22 countries, including Ukraine, will present 314 world-class innovation products designed by the leading aerospace manufacturers in the past two years.