Shares
During the military exercise on the outskirts of Ulan-Ude, 200 hectares of the forest caught fire because of a BMD, which was dropped with a parachute from a plane. 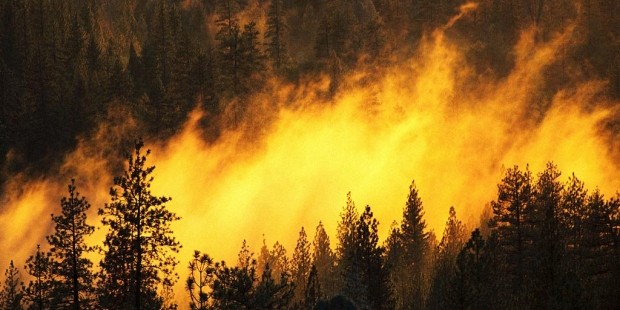 According to law enforcement bodies, on the outskirts of Ulan-Ude 200 hectares of the forest caught fire because of a BMD, Joinfo.ua reports with reference to the Russian media.

The Forestry Agency informs that the forest service and firefighting personnel are already operating at the site of the fire. "There are no data on declaring evacuation yet, as there is no unequivocal information about the degree of threat of the transition of fire to military warehouses," Alexandra Egorova, the spokesperson for the agency explained.

It should be recalled that yesterday, on June 18, in the area of ​​the military garrison Sosnovyi Bor began bilateral command post exercises of airborne forces and divisions of the Eastern Military District. On the firing ground were landed about 500 soldiers of the Ulan-Ude and Ivanovo airborne troops and 10 units of modernized airborne combat vehicles of the second generation (BMD-2KU). The mass airdrop involved more than 10 aircraft of military transport aircraft (BTA) IL-76.