Shares
Igor Lebedev, the son of Vladimir Zhirinovsky and the vice-speaker of the State Duma from the LDPR, is sure that the long-term lease of Transbaikal to China is the creation of "a state within a state." 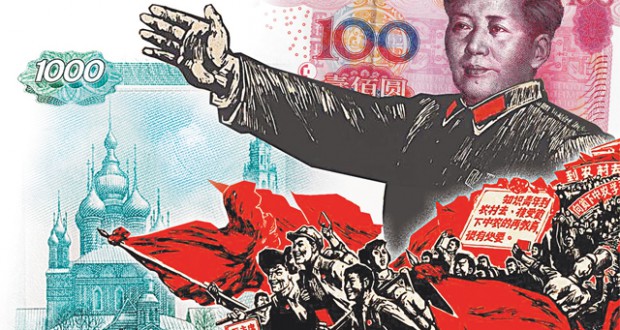 According to Zhirinovsky's son Igor Lebedev, the long-term lease of Transbaikal to China is the formal organization of a state within a state, since only the Chinese will live and work there, Joinfo.ua reports with reference to flashsiberia.com.

"There's nothing unusual … However, the company intends to recruit primarily the Chinese people. And from the part of the PRC the project is "patronized" by the Chinese Institute for International Strategic Studies. It is a very influential organization.

The Chinese made the border regime facilitation for the Chinese citizens as a condition. That is, it is planned to populate Transbaikal with the Chinese. In fact, Russia gets a new national "state within a state" – the Chinese state. In the future, there may occur even separatist tendencies, separation of Transbaikal, annexation to China. At least some attempts. Is it worth risking?" Igor Lebedev said.

Lebedev is surprised that neither the authorities of Transbaikal nor the officials at the federal level understand it.

"I am sure that is clear. Apparently, those, who are willing to discuss such "deal of the century" think: mass population, complete Chinazation, Chinese separatism are the things of too far future. We have got used to plan for a couple of months in advance, not more," he added.

It should be recalled that the Chinese corporation Zoje Resources Investment leased 115 thousand hectares of land in the Transbaikal region for 49 years at a price of 250 rubles per hectare per year. In these areas, the Chinese entrepreneurs are planning to practice agriculture, poultry industry, livestock production, growing of grain and forage crops. The contract provides for extension of the leased lands at the same price for another 220 thousand hectares.