Shares
North Korean despot Kim Jong-un visited the new airport in Pyongyang, walked around, smiled, and then it became known that the architect had been executed. 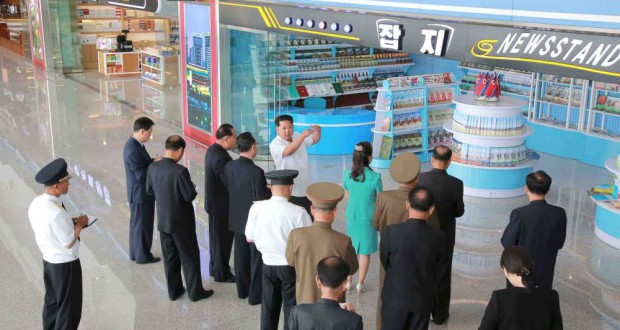 During the inspection of the airport, a ruthless dictator Kim Jong-un ordered to make ‘changes’ weeks before its official opening due to ‘defects’ in its design. And soon it became known that the chief architect of the building was executed, Joinfo.ua with reference to the British edition metro.co.uk

Airport design chief Ma Won Chung, is believed to have been executed after Kim Jong-un expressed his dissatisfaction with the airport.

According to the official version, Chun was allegedly executed for corruption and failure to obey orders.

Kim Jong-un has declared that the “defects were manifested in the last phase of the construction of the Terminal 2 because the designers failed to bear in mind the party’s idea of architectural beauty that is the life and soul and core in architecture to preserve the character and national identity.”

“It is necessary to finish the construction of the terminal to be an icon of Korea, the face of the country and the gateway to Pyongyang,” Kim Jong-un noted with displeasure.