Shares
In the Lüneburg court, Germany, Oskar Gröning, a former guard of the Nazi Auschwitz concentration camp, admitted he had taken part in the Holocaust, but said he would ask forgiveness for his actions only from God. 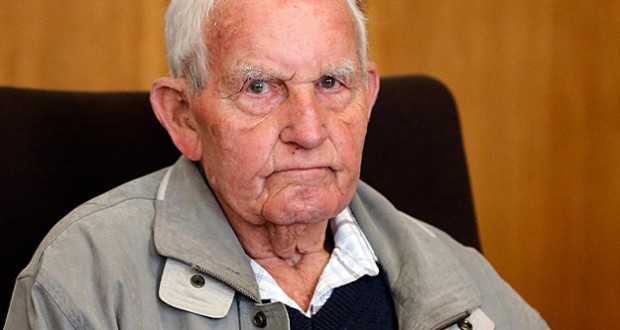 In Germany, there is ongoing the trial of Oskar Gröning, a 94-year-old former security guard of the Nazi Auschwitz concentration camp. The old man admitted his participation in the Holocaust, but said that he would ask forgiveness only from God, Joinfo.ua reports with reference to BBC.

Gröning said he counted the money confiscated from new Auschwitz prisoners. He noted that his blind obedience to the Nazi leadership had not allowed him to rebel against the massacres. However, Gröning denies complicity in the murder of 300,000 Jews.

“I’ve consciously not asked for forgiveness for my guilt. Regarding the scale of what took place in Auschwitz and the crimes committed elsewhere, as far as I’m concerned I’m not entitled to such a request. I can only ask the Lord God for forgiveness,” he said in a statement read by his lawyer in court.

“I am aware that my role in the prisoners’ property department in Auschwitz has made me complicit in the Holocaust, even if my part in it was small.

“I have already acknowledged my guilt and I continue to do so,” he added.

In court, Irene Weiss, one of the survived prisoners of the Auschwitz concentration camp, said that the guards had taken away their valuables and prepared them for the gas chambers. She also said that he could never forgive Gröning.