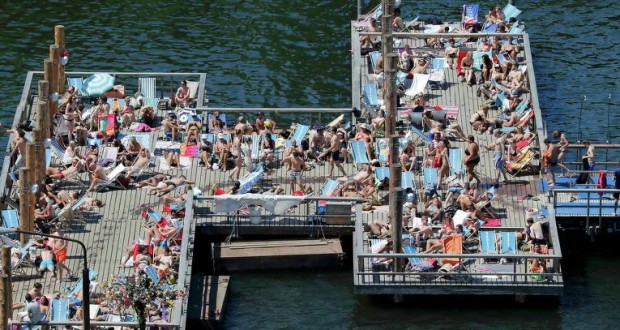 The Anneli anticyclone has brought intense heat to Germany. Trying to seek respite from it, at least 12 people died, Joinfo.ua reports with reference to DW.de.

According to authorities, at least 12 people drowned in the waters, several other people are missing. Many people suffered from heat strokes.

In some areas of the country 40-degree heat in Germany is followed by storms and hurricanes. Two people were injured by lightning strikes. East Germany was affected by bad weather the most – the streets of some towns are flooded by heavy rains.

According to meteorologists, the highest temperature – 39.2 degrees – was recorded on July 4 in Rhineland-Palatinate. However, the temperature record of August 8, 2003 has not been hit – back then the hydrometeorological center Meteomedia registered 40.3 degrees in the town of Perl-Nennig in Saarland.