Shares
The situation in Greece will affect the EU-Ukraine relations. It was stated by a political analyst Oleksandr Doniy. 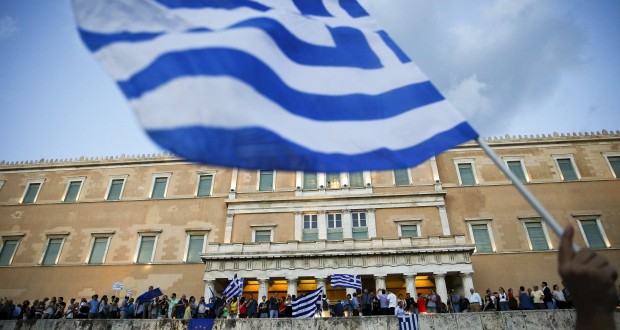 On air of the TV channel 112 Ukraine, a political expert and MP Oleksandr Doniy said that the attitude of Europeans to the possible entry of our country in the European Union would change dramatically. The EU-Ukraine relations may also suffer because of the situation in Greece today, Joinfo.ua reports.

“I would say that, unfortunately, the crisis in Greece has a direct impact on the situation not only in Ukraine and but in eurodreams of the Ukrainians. I will recall that once a significant part of the European experts criticized the entry of Greece in the eurozone, they warned that in the EU Greece would fall behind in terms of mentality, but a large part of the European politicians needed Greece in the EU, why? Actually because of history, because the European history began with “The Aeneid.” In this respect, the European dream overpowered pragmatism. And now there will be sobering, which means that the attitude of the Europeans towards us will be very critical,” said Doniy.

Earlier Greece held a referendum regarding the terms of the agreement with creditors on the Greek debt. 61.31% citizens of Greece voted negatively.