Home / World / Western media: Ukrainian police not to look out of place on New York streets

Western media: Ukrainian police not to look out of place on New York streets

Shares
Joinfo present you overviews of Western media about the newly created patrol police of Kyiv. 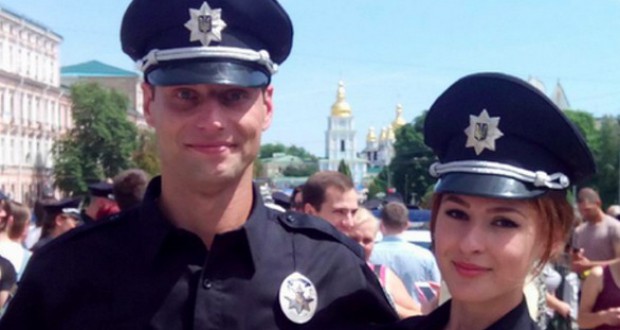 BBC notes that the new Ukrainian police officers hit the social networks and calls them “photogenic.”

“Not only are Ukrainian police notoriously corrupt, but they also played a violent role in last year’s dramatic events in Maidan Square, where more than 100 people were killed before president Viktor Yanukovych was eventually ousted from power.

As a result, the new administration in Kiev has been trying to reform the force – changing its name and uniforms, enlisting US and Canadian trainers, firing older officers and hiring 2,000 new ones – a quarter of them female,” the article says.

“But despite the PR boost, there is still some scepticism as to whether the reforms will stamp out corruption. One poll indicated that four-fifths of Ukrainians believe the fight against corruption is not working,” BBC sums up.

According to Reuters, by creating new police the Ukrainian authorities tried to demonstrate the seriousness of its intentions “to shake off a deep-rooted culture of corruption in public institutions.”

“Trained by U.S. and Canadian forces, and given less militaristic uniforms and the name ‘Politsiya’ to mark a break with the old, Soviet-style ‘Militsiya’, the young officers pledged to forsake the bribes associated with their job,” the news agency notes, adding that the Ukrainian navy blue uniforms and caps would not look out of place on the streets of New York.

Euronews says that the police will help improve the image of the Ukrainian law enforcement.

“As well as training by instructors from the US, Canada and Japan, police officers will be paid more than their predecessors,” Euronews informs.

However, Euronews claims that the reform has led to the “disbanding of the existing force left over from Soviet times” and it will result in “unemployment for thousands of old guard officers.”

Dmytro Polonsky, euronews’ correspondent in the Ukranian capital told: “From tonight, 2000 new officers will be patrolling the streets of Kyiv. By the end of the year, the new force should have been rolled out to five regions of Ukraine. If they get enough funding, the reforms will be complete by the end of 2016.”