Shares
The expert believes that Russia could help Greece in exchange for the opportunity to lay the gas transportation system, bypassing Ukraine. But the game is not worth the candle. 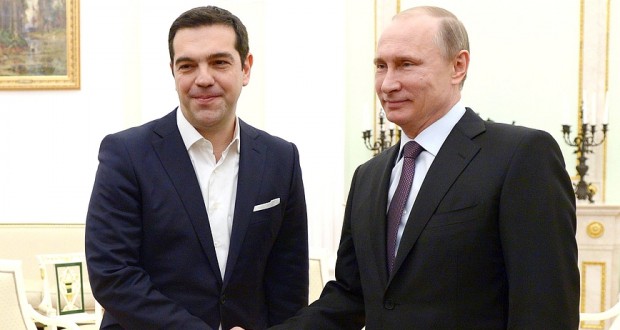 Russia is not much interested in Greece because it may bring little benefit, Joinfo.ua reports referring to Carnegie Moscow Center.

Aleksandr Baunov, the Chief Editor of Carnegie Moscow Center, believes that Putin did not give money to Greece because he believes in democracy.

“Why did not Putin give money to Greece? Well, at least for ideological reasons? Here it is, pro-Russian government in the Western world, in the EU and in NATO, who should be paid, and he does not. Because Putin believes in democracy. He respects the results of the free Greek elections and intends to continue to respect them. And at the free Greek elections six months ago there was no Syriza in power, and in half a year may not be again,” Baunov says.

Meanwhile, the expert believes that Russia could use Greece in order to lay on the gas transportation system, buy some refineries or to participate in the privatization of another useful state monopoly.

But so far, Russia is hoping that Greece itself will negotiate with its creditors. And does not rush to give a helping hand.