Shares
A British woman Hilda Jackson has realized her dream and celebrated her 101st birthday driving a FV432 tank. 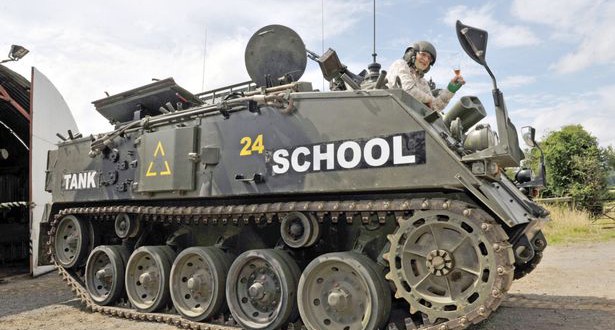 The former nurse has realized her dream at the Tank School in Usk, South Wales. Alastair Scott, owner of the Tank School, at Little Trostrey, near Kemeys, said that Jackson was their most elderly client. “Hilda was by far our eldest tank driver the youngest was nine she won all our hearts and admiration,” said Scott.

Jackson was always fond of driving. In 1950 she and her relatives from Australia even made a five-month car drive around Europe.

According to 72-year-old daughter of the British woman, Margaret Austin, her  mother has been dreaming to learn how to drive a tank for a few years, and the health problems did not stop her.