Shares
Russia and France have agreed to break the contract for the supply of two Mistral helicopter carriers. 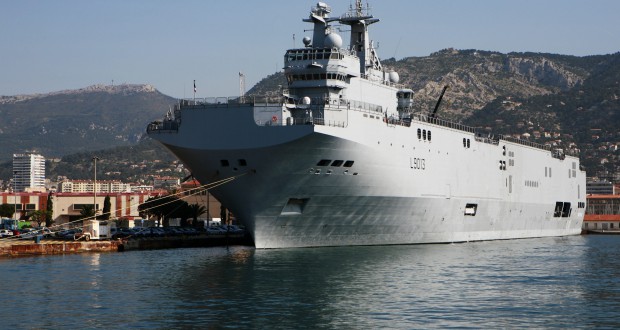 Russia and France have agreed to break the contract for the supply of two Mistral warships, which were already sent to the properties of France, Joinfo.ua reports referring to the website of the President of France.

“The President of the Republic and President Putin held talks this afternoon and confirmed that France and Russia have reached an agreement to terminate the contract signed in 2011,” the Elysee Palace informs.

Under the agreement, the Russian Federation is ‘exclusively and fully’ reimbursed the sums advanced.

In addition, the French side will not pay a penalty for the failure of the contract. Earlier, the Russian media sources were talking about much more sums France had to pay, compared to the Russian advance payment in the amount of 800 million euros.

The Elysee Palace announced the expected amount of 1.2 billion euros.