Shares
The Swiss government has abolished the package of sanctions against Iran. 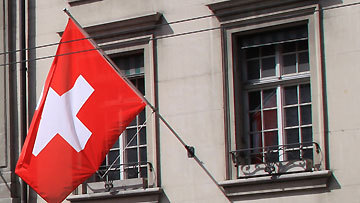 The Swiss government has abolished the package of sanctions against Iran suspended in January 2014, Joinfo.ua reports referring to DW.

This decision was approved by the government in Bern yesterday in response to the successful completion of negotiations on the Iranian nuclear program.

So, there was lifted the ban on precious metals trade with the state authorities of Iran, sales of petrochemical products, export of oil from Iran and related insurance agreements.

The Swiss authorities reserved the right to restore the sanctions if Tehran does not fulfill the agreements of the national nuclear program in the future. However, Bern has kept most of the restrictive measures against Iran in action.

The European Union and the United States take a more cautious stance, claiming to lift the sanctions only after fulfilling all requirements outlined in the agreements.