Sinkhole swallows a street in China(video)

Shares
A giant sinkhole appears above the construction of a metro station in China. Footage caught by local residents has appeared on the web. 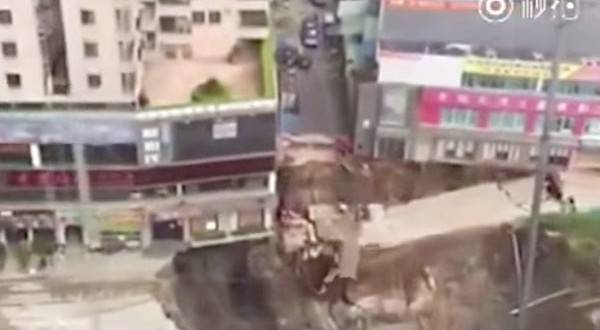 Construction of a new metro station takes place in Guangdong Province in China. A footage has appeared on the chinese internet that shows how ,suddenly, above the construction appeared a giant sinkhole that has swallowed half the city street. According to Apple Daily, the site had partially collapsed the day before, but the workers tried to repair the damage and reinforce the site, but it finally completely collapsed, shaking the entire neighborhood in the process and killing one worker underground.

This is not the first, but fifth collapse in just three years within 4 kilometres of the site.