Shares
The multinational military drills Sea Breeze-2015 began on Monday, August 31, in the Black Sea and will last until 12 September 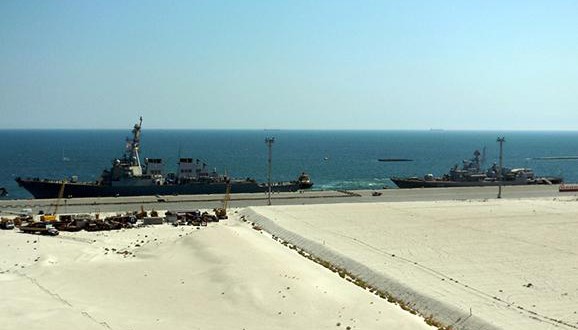 “The first operation involving the destroyer” Donald Cook “in the Sea Breeze-2015 took place: observers from the American destroyer carried on boarding onto the Romanian corvette “Rear-Admiral Eustatiu Sebastian “, which imitated a pirate ship,” – the Ukrainian Navy representative said.

Official opening of the Ukrainian-US drills was held today, on September 1. The ceremony will be attended by Prime Minister of Ukraine Arseniy Yatsenyuk and the Commander of 6th Fleet of U.S. Vice Admiral James Foggo.

Coastal stage of Sea Breeze-2015 was launched on the territory of Mykolayiv region. It involves division of Ukraine, the United States and the Republic of Moldova.

The drills in the Black Sea will last till September12, 2015, and take place all over Odesa, Mykolayiv and Kherson regions. This area of more than 400 kilometers long is attached both to the temporeraly ocupied Crimea and Transnistria.