Foreign Ministers of Normandy Four to meet until mid-September

Shares
Foreign Ministers of Normandy Four - Ukraine, Germany, France and Russia - are to hold a meeting until mid-September 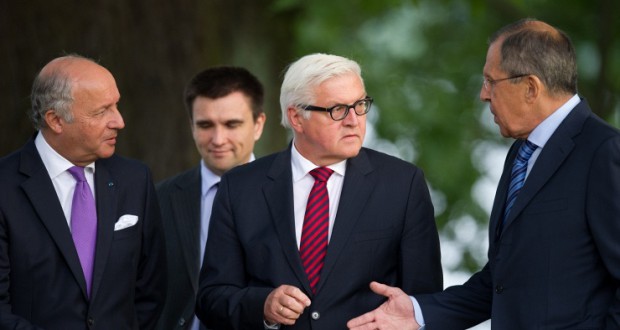 “It is agreed that the next meeting of foreign ministers in this format will be hold until mid-September,” – Yury Ushakov, Assistant of Russian President, said to Joinfo.ua.

According to Ushakov, place and time of the meeting has not been set yet. However, it is known that after the meeting of foreign a phone contact between the members of the Normandy Four is expected.

“Then, we assume, there will be phone contacts between the leaders of the four countries, and then we will see where and when they agree to hold a private meeting,” – said Ushakov.

Earlier we reported that today’s Minsk negotiations round between the militants and the Ukrainian side on the ceasefire observing was conducted via video conference.