Shares
Some piece of unusual news from around the world. One of the 2,000 pieces of the cake from the wedding of Elizabeth II was put up for auction. 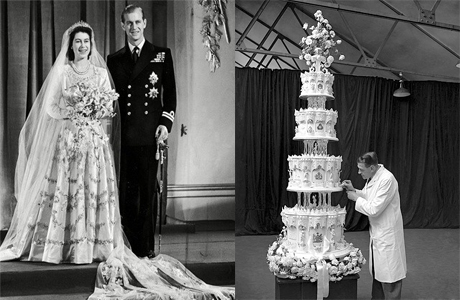 This cake was served to guests during a wedding ceremony in 1947, according to Joinfo.ua referring to The Argus.

A woman from Scotland initially put in a bid of £480 but a man from Los Angeles in the U.S. clinched the vintage morsel for £500.

“The cake is in a remarkable state considering it is 68 years old. It has been very well preserved due to all the rum and brandy in it,” said the winner, Philip Taylor of Gorringes.

The slice of the cake comes with a white cardboard presentation box, a miniature doily and an inscribed card sending “best wishes” from the happy couple.

The huge fruit cake became known as “the 10,000 mile wedding cake”, as its ingredients were donated by the Australian Girl Guides and the rum and brandy from South Africa. The auction took place a week before the Queen celebrates becoming the longest reigning monarch in British history, having sat on the throne for 23,227 days.