After parade in Beijing Chinese Navy warships appear near Alaska

Shares
As reported by the foreign media, the most interesting thing is that at that exact time President Barack Obama was in Alaska. 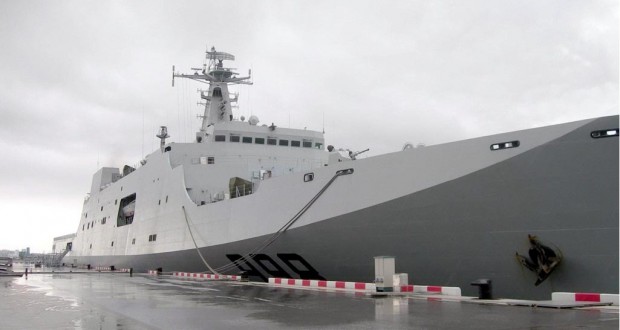 U.S. President Barack Obama arrived in Alaska, Beijing hosted a military parade, and five Chinese Navy warships entered the Bering Sea and are sailing in international waters near the coast of Alaska, says the Pentagon, Joinfo.ua reports with reference to the foreign press.

The U.S. military note that it was the first appearance of Chinese naval ships in these northern latitudes. It is interesting that the case coincided with the visit of the U.S. President Barack Obama to Alaska.

According to an interview with anonymous sources in the Pentagon for the American news agencies, the Chinese ships did not go beyond the international rules and laws.

“We respect the freedom of all nations to operate military vessels in international waters in accordance with international law,” said Pentagon spokesman Captain Jeff Davis.

He also said that there had not been noticed any hostile actions on the part of the Chinese military ships , “but the intent of this is still unclear.”

Dean Cheng, a China expert at the Heritage Foundation think-tank in Washington, D.C., said the presence of the ships in the Bering Sea was designed to send a message.

“It is living up to what the Chinese have been saying, ‘We are now a blue water navy. We will operate in the far seas and we are a global presence’,” Cheng said.