Shares
British archaeologists have discovered a stone complex consisting of 90 stones that is very similar to Stonehenge. 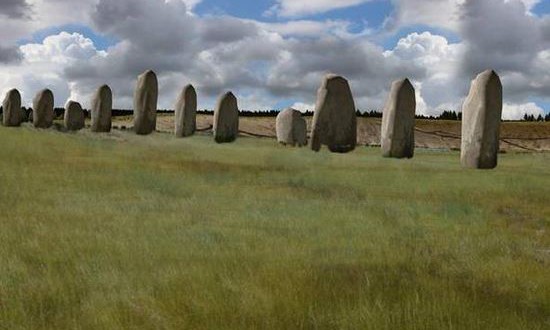 In England, archaeologists have discovered a monument of the Neolithic period, which consists of 90 huge stones arranged in a semicircle, Joinfo.ua reports with reference to BBC News.

British media have already dubbed the monument as “a second Stonehenge” or “Superhenge.”

By the way, archaeologists have found this interesting discovery that somehow has not been found by this time near the famous Stonehenge. Just at a distance of three kilometers!

It should be recalled that the stones of Superhenge lie under the ground at a depth of about one meter – they were found with the help of GPR. Archaeologists have found 30 stones of the height of up to 4.5 meters and about 60 its fragments.

Archaeologists believe that the rocks are at least 4,500 years old. According to an archaeologist at the University of Bradford, Vince Gaffney, the stone complex found can be called the largest megalithic monument in Britain and, perhaps, in whole Europe.

Scientists suggest that the stone complex was used as a place for rituals.