Germany to ‘shelter’ more than 30,000 refugees within two years

Shares
Brussels has redistributed the number of refugees, within two years in Germany will be over 30 thousand "new residents". 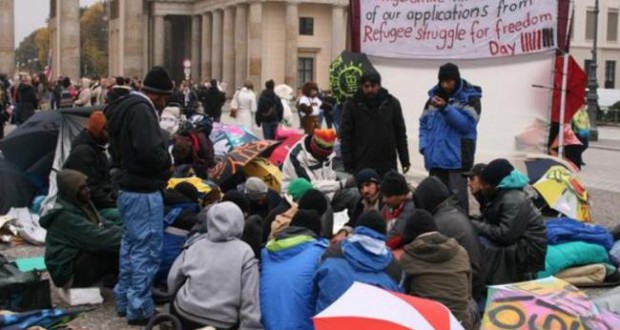 Within two years Germany will take more than 31 thousand refugees under its patronage. That’s how Brussels has made a redistribution from a total of 120 refugees, Joinfo.ua reports referring to Deutsche Welle.

He also said that if a person came to the EU in the framework of redistribution, but wanted to go to Germany, they would not receive the refugee status in this country. These people will have to receive asylum in the countries they were redistributed to.

Previously, it was reported that France will accept 24,000 refugees within two years.

Also it is known that migrants in Europe continue to create problems. Recently, thousands of migrants managed to break through the fence of barbed wire and police blockade from the territory of Greece to Macedonia.

The police started using stun grenades and tear gas, leaving several migrants injured, but the severity of injuries and the number of victims is unknown.

On Saturday, the Macedonian authorities gave a permission to several hundred illegal immigrants to get on the train going to the northern part of Europe.

Most of the migrants come to the border of Macedonia, Syria, Iraq and Afghanistan via Greece. The country is a transit for migrants to the EU. Now, however, there is being built with a wall topped with barbed wire.

August 20, the Macedonian authorities have declared a state of emergency due to the influx of migrants.