Arseniy Yatsenyuk wallowed in corruption and U.S. Department of State calls for his resignation – experts

Shares
In the near future, Prime Minister of Ukraine Arseniy Yatsenyuk may be deprived of his post. The reason for this can be accusations of delaying the reforms, corruption and "work for the benefit of oligarchs." 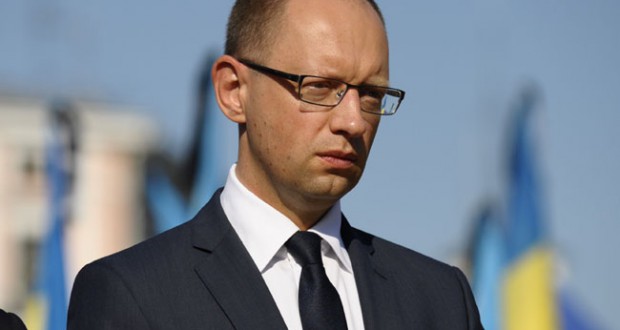 In the near future, Prime Minister of Ukraine Arseniy Yatsenyuk may be deprived of his post. It is reported by the German edition of Deutsche Wirtschafts Nachrichten, Joinfo.ua reports. And the position of the current prime minister may be taken by the ex-president of Georgia Mikheil Saakashvili or the Minister of Finance of Ukraine, Natalia Yaresko.

The foreign press claimes that the next change of power in Ukraine is becoming more likely. For example, 30 thousand Ukrainians have already signed a petition for the appointment of the ex-president of Georgia Mikheil Saakashvili, who also also support the idea of ouster of Arseniy Yatsenyuk, as the new prime minister, the publication writes. Saakashvili calls the current prime minister as a “corruptionist”, accuses of delaying the reforms and work for the benefit of the oligarchs.

“It seems that the days of Yatsenyuk are numbered,” Deutsche Wirtschafts Nachrichten writes. According to Victoriia Syumar, the deputy of the Verkhovna Rada from the People’s Front party led by Yatsenyuk, the Prime Minister “is tired of fulfilling his official duties.” Possible successors of Yatsenyuk may be the Finance Minister Natalia Yaresko born in the U.S., or Oleksandr Turchynov, the Secretary of the National Security and Defense of Ukraine, Syumar added. “The appointment of a successor of Yatsenyuk will show who will prevail in Ukraine – the neo-conservatives or the moderate Obama administration,” Deutsche Wirtschafts Nachrichten sums up.