Shares
President Poroshenko did not answer the question about the appointment of Mikheil Saakashvili as the Prime Minister of Ukraine. He told about it during his interviews with three foreign publications - Independent, The Washington Post and the German Die Welt. 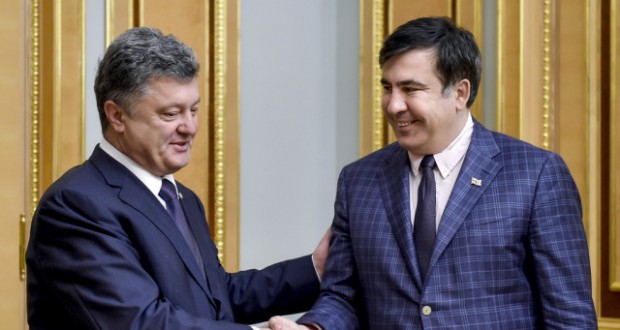 Petro Poroshenko fudged the question about the possible appointment of Mikheil Saakashvili as the Ukrainian Prime Minister, Joinfo.ua reports.

When asked whether he sees the current head of the Odessa region as the future prime minister, Poroshenko said: “Absolutely, he would be a wonderful prime minister… of Georgia,” said the President.

“In the case of our country, we have our own head of the government,” Die Welt quoted Petro Poroshenko.

It should be recalled that September 3, the official website of the President of Ukraine Petro Poroshenko started collecting signatures for the appointment of the head of the Odesa region Mikheil Saakashvili as the prime minister of Ukraine. On the website, the petition has collected the required 25 thousand votes in a few days.

Earlier, Poroshenko signed a decree on the procedure of consideration of electronic petitions to the President of Ukraine. According to the established order, the address, which manages to collect at least 25 thousand signatures within three months, is handed to the President for consideration. If the petition is supported, the Administration of the President should consider it within 10 days.

As it is known, the ex-president of Georgia Mikheil Saakashvili was appointed as the governor of Odessa on May 30, 2015. He left the country in November 2013, without waiting for the end of his second presidential term. In Ukraine, Saakashvili managed to prove himself as a reformer and an honest and uncompromising leader.