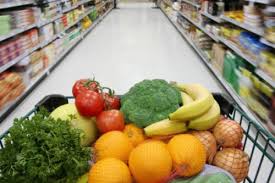 EU food safety standards in Ukraine became effective today on September 20, 2015. Most of the provisions of the Law of Ukraine No 4179-a “On amendments to some legislative acts of Ukraine concerning the foodstuffs” as a part of implementation of EU-Ukraine Association Agreement, came into force today, Joinfo.ua reports.

The Law adopted by the Verkhovna Rada of Ukraine, as a part of implementation of EU-Ukraine Association Agreement, is aimed to harmonize Ukrainian and EU legislation regarding food safety and products quality control.

“The law is supposed to implement in Ukraine the European system of food safety, based on the principle” from farm to fork. Without such legislation, Ukraine will not be able to use the quota on food import to countries of the European Union.

The new law reduces a number of administrative procedures and cancels licensing and some other procedures, that are absent in the EU legislation. It also consists the detailed requirements for the procedure of state control of food products on the Ukrainian market and imported products respectively. The procedure is based on the application of the European practice.

It also facilitates the conditions of obtaining operating permits. Such permission will be mandatory only for the enterprises whose activity is connected with the production or storage of food with animal origin. The other businesses should just obtain registration.

At the same time, the function of safety control assigned only one authority: State Service on Safety of Foodstuffs and Consumer Protection. The Service will monitor the entire production process of food. Therefore, the company must fully own the information about the origin of raw materials for its production. Such information should be stored forto about 6 months from the date of manufacture and sale of the product.

For example, provisions of the Law regarding the sale on domestic food markets will come into effect from September 20, 2019, according to which all the domestic food has to pass laboratory safety tests.

It should be recalled that earlier Russia has expanded the existing food embargo against Albania, Montenegro, Iceland and Liechtenstein and also Ukraine but ‘on special conditions’. The restrictions on the import of products from Ukraine will take effect if the association agreement with the European Union comes into force.