Mistrals sail away to Egypt 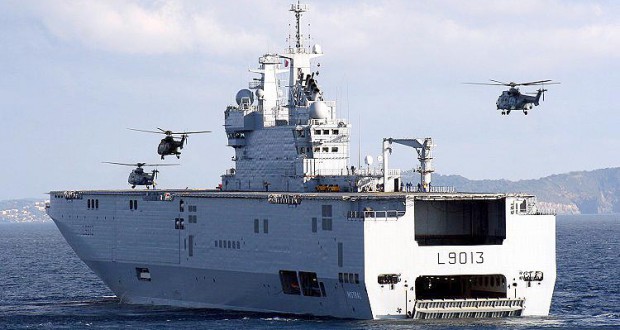 The two Mistral helicopter carriers where originally designed for Russia under contract signed in 2011. But after Russian annexation of Crimea and the aggression in the Donetsk and Lugansk regions of Ukraine the sanctions were introduced against Russia, so Russia and France have agreed to terminate the contract for the supply of two Mistral warships signed in 2011. Later, the Russian Federation was ‘exclusively and fully’ reimbursed the sums advanced.

According to the agreement with France, Egypt will take possession of the ships in March 2016. Meanwhile, the Egyptian sailors will travel to Saint-Nazaire, where the ships are located, for trainings.