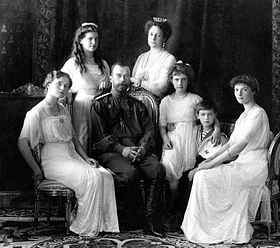 Russian Investigative Committee exhumed the remains of the last Russian Tsar Nicholas II and his wife Alexandra and took DNA samples to confirm the identity of remains of Tsarevich Alexei and Grand Duchess Maria found in 2007, RT reports.

The reopened investigation will study archival materials related to the enquiry conducted between 1918 and 1924, which were found after 2011 along with some new material evidence.

In addition, a special working group was formed on the request of the Russian Orthodox Church. The group has to confirm family links of the remains of the Tsarevich Alexei and Grand Duchess Maria. Therefore, the DNA samples were taken from the remains of the empress’s sister Elizaveta Feodorovna emperor’s grandfather, Alexander II.

The Romanov family members, murdered after Bolshevik revolution in 1918, were buried at the St Petersburg’s Peter and Paul Cathedral. But the Church wants to be certain about the remains before they can be buried with other relatives.